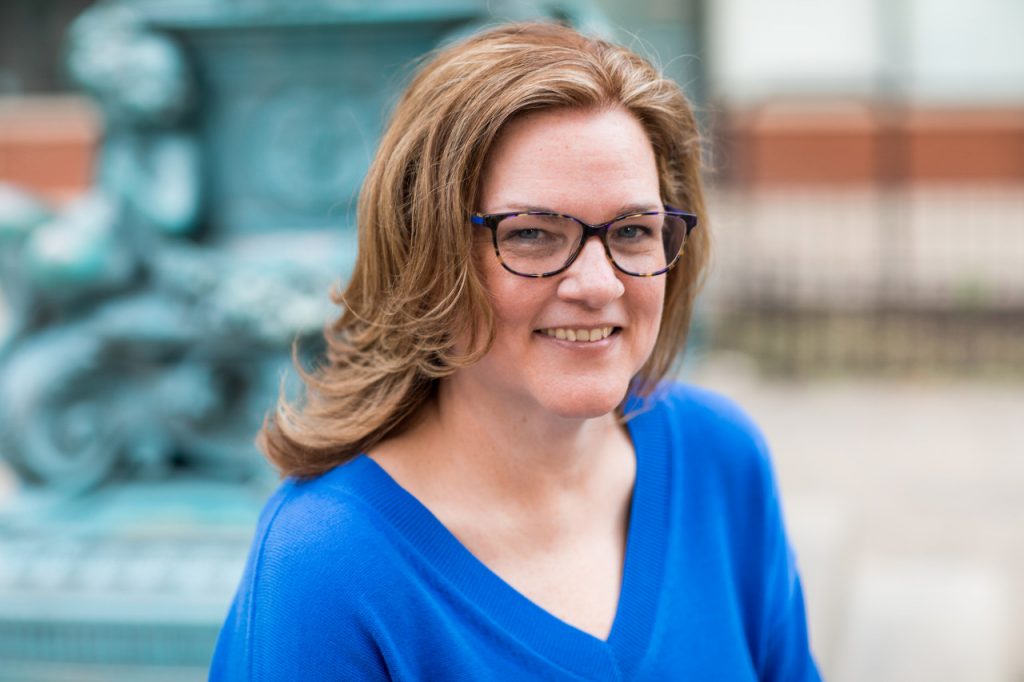 Lori Rader-Day is the Edgar® Award-nominated and Agatha, Anthony, and Mary Higgins Clark award-winning author of Death at Greenway, The Lucky One, Under a Dark Sky, The Day I Died, Little Pretty Things, and The Black Hour. She lives in Chicago, where she is co-chair of the mystery readers’ festival Midwest Mystery Conference (fka Murder and Mayhem in Chicago) and served as 2019-2020 national president of Sisters in Crime. She teaches creative writing for Northwestern University’s School of Professional Studies.

The longer version: I’m the author of the Edgar® Award-nominated novel Under a Dark Sky, the Mary Higgins Clark Award-winning mystery Little Pretty Things, and the Agatha Award-winning Death at Greenway. I’m also a three-peat winner of the Anthony Award. My work has also been nominated for the Thriller, Macavity, Barry, and Lefty awards and additional Anthony and Mary Higgins Clark awards.

My short fiction has been previously published in Ellery Queen Mystery Magazine, TimeOut Chicago, Crab Orchard Review, Freight Stories, and in the anthologies Dia de los Muertos (Elektrik Milkbath Press), Unloaded 2 (Down and Out Books), and Murder-a-Go-Go’s (Down and Out Books). Bestselling author Jodi Picoult chose my story as the grand prize winner of Good Housekeeping’s first fiction contest in 2010.

Originally from central Indiana, I grew up frequenting the local libraries, reading all the Beverly Cleary, Judy Blume, and Lois Duncan I could get my hands on. Then I discovered Agatha Christie and Mary Higgins Clark. I may have wandered off the mystery writer path a few times, but I think we all knew I would get back there eventually.

I studied journalism at Ball State University in Muncie, Indiana, twice—but eventually gave in to my dream and studied creative writing at Roosevelt University in Chicago. 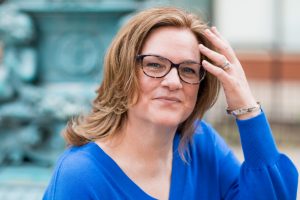 Now a resident of Chicago for twenty years, I have a favorite deep dish pizza (Lou Malnati’s) and I’m active in the area’s crime writing community as co-chair with publicist Dana Kaye of Midwest Mystery Conference (fka Murder and Mayhem in Chicago), a non-profit mystery readers’ conference. I’m also a former national president of Sisters in Crime and former regional chapter president of Mystery Writers of America.

I am on the adjunct faculty of the MA/MFA creative writing program at Northwestern University’s School of Professional Studies and have taught at Yale University Writers’ Conference, Rocky Mountain Fiction Writers’ Workshop, Antioch Writers’ Workshop, Midwest Writers Workshop, Ball State University, Roosevelt University, and StoryStudio Chicago, as well as workshops for writing associations and at libraries. Use my contact page to inquire about speaking and teaching invitations.

I am privileged to work and live on the land of the Myaamia and Potowatomi peoples.