Interview: Why I’m a Big Fan of Jennifer Kincheloe 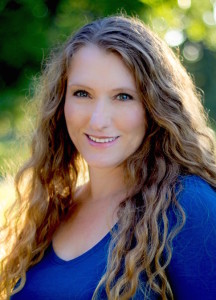 Jennifer Kincheloe and I both write mysteries featuring smart—if somewhat misguided—women protagonists. We interviewed each other about our shared interests, writing, writing some more, and all things writing. Who’s Jennifer Kincheloe? Well, pick up a copy of The Secret Life of Anna Blanc, and you’ll not soon forget her or her character. In its starred review of The Secret Life of Anna Blanc, Booklist called Anna “delightful.” RT Reviews called the book “a keeper,” and I totally agree. If you’re still on the hook for holiday gifts for the reader in your life, look no further. She also says nice things about my books, which is a nice bonus in a friend.

Jennifer Kincheloe: Your latest book Little Pretty Things features a gripping mystery and a motel setting so vivid I can smell it. On top of that, it’s an insightful exploration of the lives of teenage girls—friendship, jealously, competition, exploitation and the fallout from these. When you write a book, what comes to you first, the plot, the settings, or the underlying themes?

Lori Rader-Day: So far, each book has had a different origin story. My first novel sprang from an imagined situation and a location, and then I had to figure out what kind of person would be in this situation. Little Pretty Things came from a character. Juliet Townsend came from my imagining what kind of job I might have had if I had made different but very probable decisions in my life, if I’d gone right instead of left a few times.

Lori: You based the heroine of The Secret Life of Anna Blanc on a real historical figure, a police matron. What was it about that woman and that role that spoke to you?

Jen: LAPD matron Alice Stebbins Wells became the first female cop in LA in 1910. She inspired the book. Alice was a political genius—a kind of evangelist for women in police work internationally. She changed the world of criminal justice forever. However, when I wrote the character of Anna Blanc, Anna ended up being very different from Alice. Anna is more like “I Love Lucy.”

I’m impressed with women who do big, great things. They’ve had to ignore all society’s negative messages about women and trust themselves instead. That takes great clarity and courage. I wish all women could trust themselves and their own strengths and brilliance the way Alice Stebbins Wells did. This is something Anna is learning in the book.

Lori: Anna is at once innocent and brave, silly and smart, feminine and feminist. What process did you go through to create her? How do you balance historical reality and modern expectations for “strong female characters”?

Jen: Anna just came out. There was no strategy involved at all. I was a little worried that she didn’t fit the current mold of “feminist hero” because she’s silly, naive and vain—a product of 1907 sexism and her father’s wealth. But she’s also dauntless and she runs circles around the cops intellectually. I didn’t want her to be too strong or too good. I wanted her to be like an everyday woman who simply believes in herself and never gives up. There are so many examples of strong, brave, flawed women in the Progressive Era. People just don’t remember them because they are left out of the history books. Carrie Nation is a favorite. She was a Temperance crusader. Women weren’t allowed in saloons, but that didn’t stop Carrie from going in with an axe and chopping up the tables.

Jen: Your first novel, The Black Hour, has been met with overwhelming success. When you first wrote the book, before you let it out into the world, did you know that your novel was that good? What has it been like to win or be nominated for virtually every mystery prize in the US on your very first try?

Lori: The first novel benefits from having as much time to be written and revised as you need. When I sent my book out, I loved it. That kind of devotion didn’t come easy, though. I wrote The Black Hour in about a year and a half but then I spent an extra year just on revisions, on reading the book over and over and attacking a honey-do list of things I wanted to make sure I accomplished with draft before I tried to submit it to agents. When I tell aspiring authors I spent a solid year on revisions, they wince. They don’t want to spend extra time. They’re impatient. But so was I, and I spent the time anyway because that was what I needed to feel as though the book was as good as I could make it on my own.

Awards are icing on a pretty great cake. I won’t lie—it’s nice to win. I’m very fond of my Anthony Award bowl. In a fire, I’m grabbing my husband, my dog, and that bowl. But it truly is fun to be nominated for things that other people win, too, because those people are your friends.

Lori: Your debut is already getting great reviews and attention—from men as well as women. Why do you think your book attracts male readers so well, in this era of “women’s fiction”?

Jen: We are told over and over that men won’t read books with female protagonists. I had a movie producer interested in The Secret Life of Anna Blanc say that it could never be a summer blockbuster because those always have male protagonists. There is definitely a stigma associated with historical fiction with a woman on the cover. So I was shocked and delighted to find such an enthusiastic male fan base. (I love you guys!!!). I think there are more and more male feminists out there, and things are starting to change.

Some guys have confessed to having a crush on Anna, maybe because Anna luuuuuuuuvs men. I remember coming to my writer’s group during a heavy snow when it was my turn to be critiqued. Only guys showed up, maybe eight of them, and I was really nervous because they were critiquing a romantic scene for the Anna Blanc sequel. And they loved it. LOVED IT. And believe me, they tell me when they don’t love something.

But maybe the question isn’t why guys like Anna Blanc, but how can we connect more male readers with fabulous female protagonists.

Jen: Now with two great novels under your belt and readers eagerly awaiting your third, do you find writing the next one easier or more difficult?

Lori: I don’t think the writing of a novel ever gets easy. Writers have too much self-doubt and also pride in their work. If it were easy, we’d get suspicious. Writing a book might get a little less mysterious, though, once you’ve done it once or twice. You know your own process better and trust it, instead of, say, freaking out because you started a murder mystery without knowing why the murder occurred. Once you pull your own story out of the fire once, you suspect you might be able to do it next time, too.

That reader eagerness is the only part that scares me. I want to make sure the next book is as enjoyable as the last, so that pressure is new.

Lori: What do you think your character Anna and my character Juliet have in common? Would they get along?

Jen: Juliet and Anna both start out wrapped up in their own misery, feeling trapped in dead end lives. Over the course of the novels, their eyes are opened to the reality of other women’s experiences and they become more compassionate. They both get empowered and unstuck. There is a sense of new beginnings.

Would my wealthy, self-absorbed protagonist get along with your disillusioned hotel maid? In the beginning of the books, noooooo. I think Juliet would hate Anna. Anna wouldn’t even see Juliet. At the end of the books, after they’ve both grown, absolutely. They’d hold hands and sing kumbaya. Maybe, they’d even solve a crime together.

Lori: If only they lived in the same decade…