Happy Memorial Day, Americans. Happy Monday to anyone else.

As the traditional activity for Memorial Day is cooking out (in addition to laying wreaths on soldiers’ graves, which I didn’t do, and listening to car races, which I did a bit of yesterday), I can say that we have celebrated the holiday. And we probably don’t have to cook again for some time.

I love that. I love hot dogs on the grill. I don’t much care for hot dogs in the microwave, but off the grill? Yes. And now my house smells good and charcoal-y. None of that liquid starter for my cave man. If he could cook food by rubbing two sticks together, he would. He doesn’t, but he would consider it.

I love even more the idea of not cooking for several days because of leftovers.

The laundry is pretty much clean, if not folded and put away, and the dish washer is humming. The dog has been taken for 18 walks today. (Slight exaggeration.) I even worked on my book for several hours today, so I have accomplished some to-dos on both lists. (There’s the writing list to-do, and the everything else list to-do. The writing one is pretty simple. Number 1: Sit yer butt down and write.)

Speaking of writing, I have a new writing goal. By June 15, I would like to have a new draft of the novel together.

Unfortunately, it’s not as easy as saying I need to write 1,000 words a day until then. It’s not about quantity at this point. It’s about all the hard stuff: pacing, drama, suspense, resolution, clarity, continuity, character, UGH. Remember when it was as easy as writing 1,000 words a day? What a great summer last summer was. This summer is about revision, submission to agent(s), and getting going on Book Two, which still has no working title, so I’m really still calling it Book Two…while I work full-time. Not as carefree and loose as last summer.

Hey! I just realized I finished my MFA a year ago this month.

Aw, memories. Cue the touching music and the montage shots of Lori writing her thesis, furrowing her brow over revisions, filing much paperwork at the Auditorium Building, sweating in her polyester robe and troublesome brown hood. Which side does the tassel go on? Walking across the stage at the Auditorium Theatre, pomp and circumstance, greetings with faculty and friends in the lobby and the cookies are pretty good, and then a CTA ride home wearing her cap and gown. 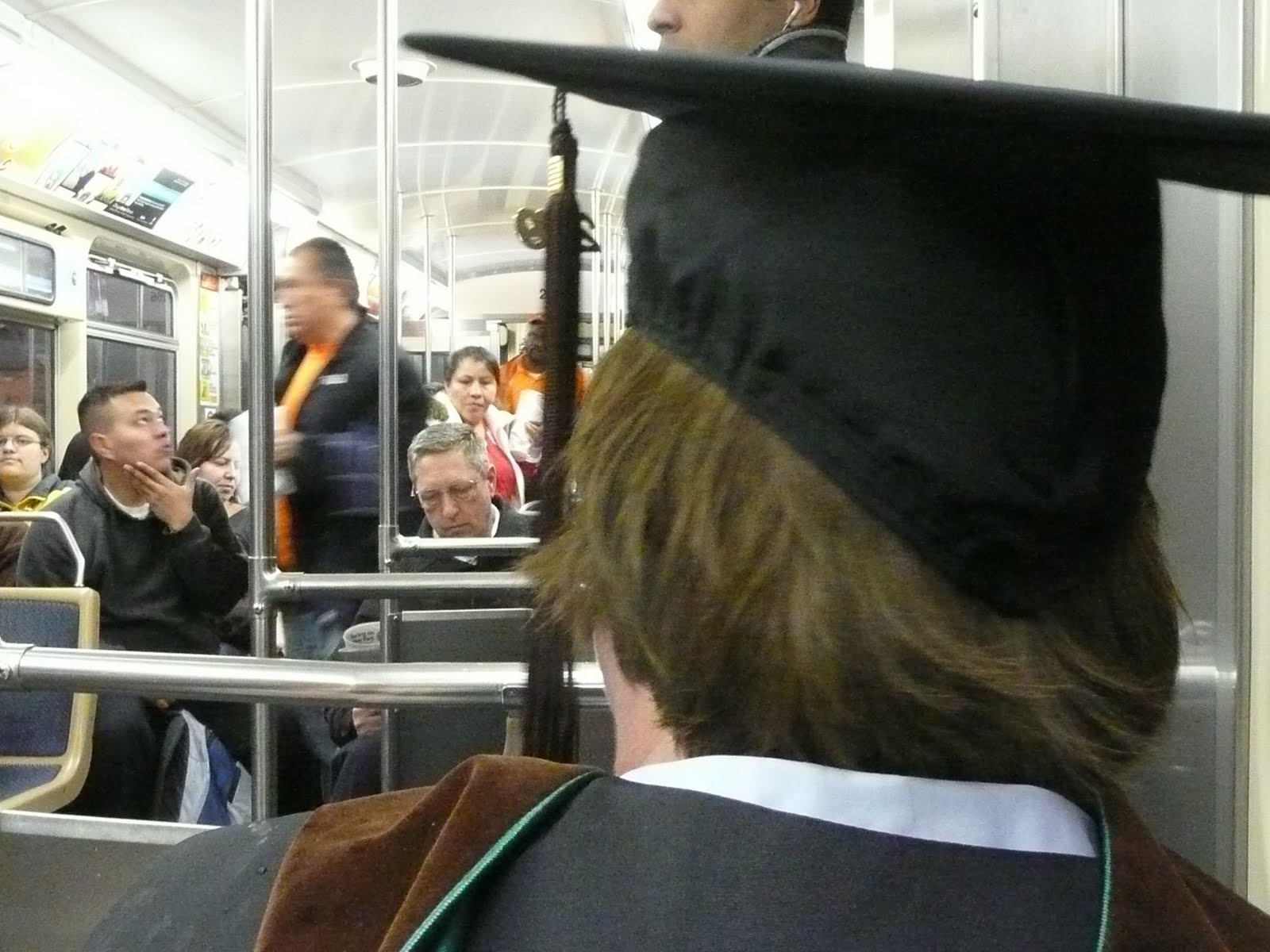