Why I went to see a “chick lit” author 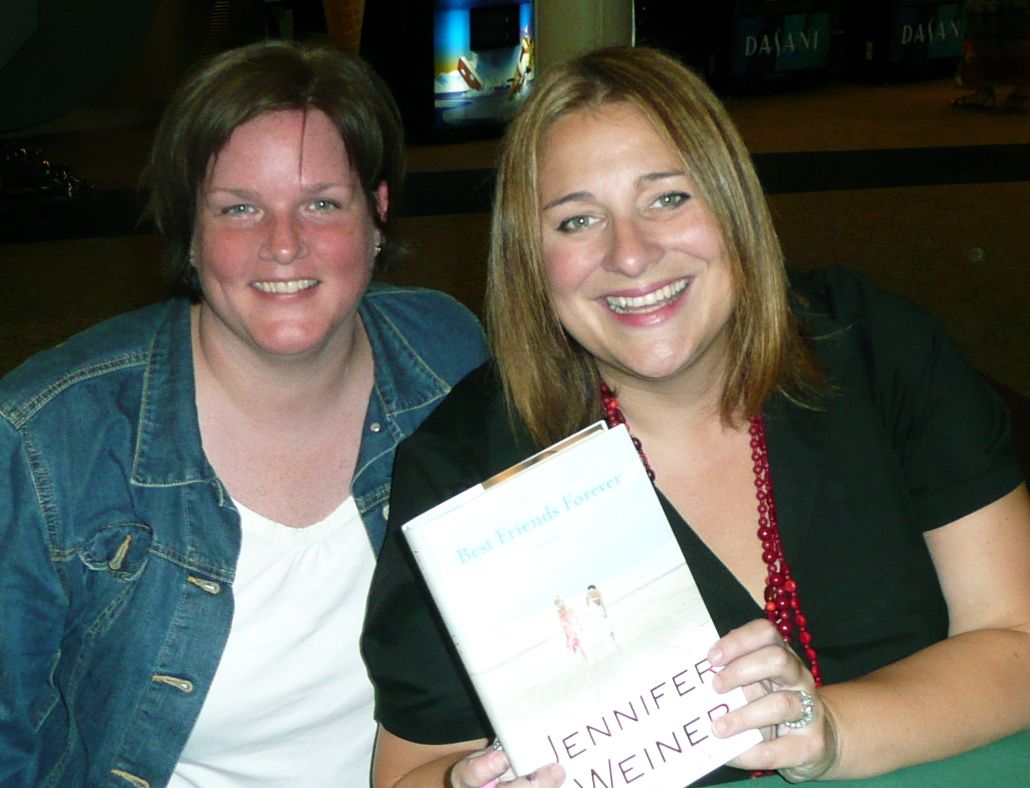 Yep. That’s me and Jennifer Weiner. I like to think some day we’ll have another photo taken together, and it will be MY book in the shot.

I went to see her read last night. Actually, she only read about ten minutes from her book. I went to see her put on a show. There were probably 300 people there. Three men and the rest of them women wearing their going-out-with-the-gals best. I could be cynical, but Jen Weiner sold about 300 books last night. How many books did I sell last night? How books have I published? Nonesville. Jennifer Weiner wins.

I have enjoyed a few of her books, especially Good in Bed and Goodnight Nobody, which is a mystery. In Her Shoes was a pretty fun read; the movie is fun. I could say bah! to all so-called chick lit, but I give credit where it’s due. These books are being marketed in a certain pink-covered way—but that doesn’t make them all alike, of a type.

Jen Weiner writes light but fun and engaging books, and she sells a shiteload of them. I’m paying attention.