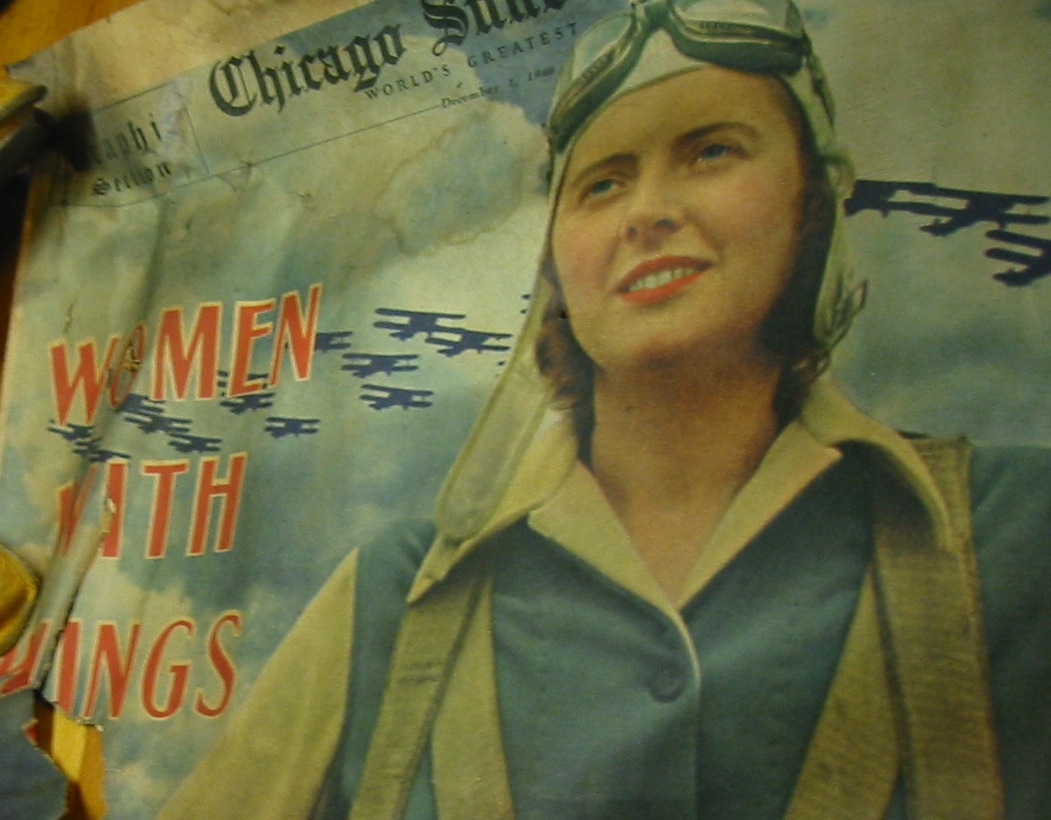 Not that you were dying to know, but the image I have on this here blog is from the cover of the Chicago Sunday Tribune, circa 1940. We found it shoved under a big fan when we had our attic windows replaced a few summers ago. I took pictures because the paper was really brittle and I knew it wouldn’t last.

Isn’t she cute? WOMEN WITH WINGS. I’m not entirely sure if I chose this image because I wanted to say something about women, about wings, about flying, about me, but I do know that I like the photo and thought she looked like a bit of a saucy chick I could live with. I haven’t had a good picture taken of myself in about four years, so I needed a stand-in, and she’s doing the job nicely. Plus, she was shoved under an attic window fan for almost sixty years. She deserves a chance to fly.

This girly is not the only thing we have found in the walls as we’ve remodeled our house. When we tore down the kitchen walls (we! ha! like I tore down anything) several years ago, we found quite a few pages of newspaper stowed away. Newspaper featuring ads for women’s lingerie. Oh, yeah. And also one of those milk caps they used to put on glass milk bottles. I still have that somewhere. These things were from 1928, the year our house was originally built.

We reciprocated. I put a photo of me and Greg on our wedding day and a newspaper from that week and maybe a few other things in a Ziploc bag and dropped it behind the drywall before we were done putting up the last boards (drywalling the kitchen was definitely a “we” project, so I get full credit for it). This was in 2004, I believe. I like to think that years from now, someone will find what we left them. But sorry, no photos of lady’s lingerie in our time capsule.